Our events professionals are not only experts in their field, but are leaders in the industry. Members of the CEPI and ExpoPlus team have again been invited by PCMA, the Professional Convention Management Association to serve in several key leadership positions.

PCMA is the leading organization for meeting and event professionals representing 6,500 meeting industry leaders throughout the globe. The organization has 17 chapters in the United States, Canada and Mexico.

Barbara Stroup will be serving her third term on the national Exhibits and Tradeshows Task Force. The task force will strive to identify creative and innovative solutions and new ideas that address key issues and trends in their area of expertise. Insights and ideas of this group will be used in a variety of face to face programming sessions as well as online resources and distance learning programs. Barbara will also be serving as Secretary / Treasurer of the local PCMA Southeast Chapter.

In January, Kathy Dunn Sullivan will begin serving her first year of a three term position as the Sponsorship Director of the PCMA Southeast Chapter.

Please join us in congratulating them both.

Join us in congratulating Kathy Dunn-Sullivan, National Sales Executive at ExpoPlus, who was named Volunteer of the Quarter at PCMA’s Southeast Chapter for her volunteer efforts on behalf of the Sponsorship Committee.

The trade show industry closed 2013 on an upswing after a year of sustained, but marginal, growth.

The business grew 3% in the fourth quarter and 1% for the year, according to the Center for Exhibition Industry Research. CEIR measures overall industry performance using an aggregate formula that accounts for net square footage, exhibitors, attendance and revenue.

Both revenue and exhibitors saw improvement during Q4. The gains marked the 14th-consecutive quarter of growth for trade shows. 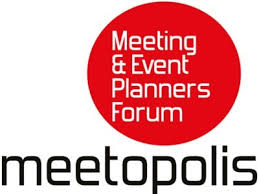 Each element of meeting design was explored. The session resulted in the creation of The Meeting Design Toolbox. The Toolbox is divided into five categories, summarized in the acronym CHATTY (Conceptual, Human, Art, Technical, TechnologY)

If you would like to learn more about how we can help you design and execute a successful meeting, contact Barbara Stroup BStroup@cepiexpo.com

Among the hard-hitting sessions that will be offered for C-level executives at CEIR Predict, a key area of focus will be the performance and impact of the Government (GV) sector. This sector affects Education (ED), Medical and Health Care (MD), Sporting Goods, Travel and Amusement (ST) and Transportation (TX) sectors, and creates a level of uncertainty due to budget cuts that may directly impact the exhibitions that rely on government agencies as buyers.

Recently, the Medical and Health Care industry has dealt with transition in the Pharmaceutical Research and Manufacturers of America (PhRMA) code and the details of the U.S. Affordable Care Act of 2010. Additionally, exhibition performance in the ST Sector has been mixed with consumers’ hesitance to purchase as they are more selective in spending their discretionary income. Discussion moderator Dave Noonan, deputy executive vice president, American Academy of Ophthalmology and panelists Matthew Holt, co-chairman, Health 2.0, David Loechner, president, Nielsen Expositions and Neal Vitale, president & CEO, 1105 Media Inc. will discuss how exhibitions in these sectors will be impacted by legal decisions in health care spending and employer changes in health care benefits, and how the forecast for continued recovery and improving consumer confidence could lead industry growth in the GV, ST and TX sectors.

Moderator Noonan said, “This session could have a sub-title “the black and blue” session! There is a call for Government to reduce spending that has not yet impacted the exhibitions that serve that sector. The quality of education looms as a continual and major campaign issue, and now Health Care, the poster child for the exhibition business since we started tracking performance some 40 years ago, is coming under harsh scrutiny from regulators that are creating uncertainty among the public. That uncertainty, coupled with an anemic economy, inhibits discretionary leisure spending that impacts Sporting Goods, Travel and Amusements. Our session will focus on these business sectors we depend on for our standard of living, our quality of life and our ability to compete globally. Experts will focus on our future.”

This session’s speakers will support the points made during the keynote address, Outlook for the Global Economy and its Impact on the Exhibition Industry, presented earlier that day by Oxford Economics’ John Walker. He will provide an overview of the geo-political, geo-economic situation and outlook for the global economy through 2014. Walker says, “Some of the problems from last year, like the Tsunami in Japan, have gone away, and some problems like higher commodity prices have eased at least temporarily but many of the issues such as the Euro crisis are still of huge concern. In addition, potential fiscal tightening in the U.S. next year (the fiscal cliff) and a slowdown in emerging markets such as China, suggest that the dangers and uncertainty are at least as bad as 2011. Despite these issues, many sectors continue to do quite well. For many companies the key is to change the focus from problem areas to ones that will be resilient in difficult times.”

Walker is chairman and chief economist of Oxford Economics, which he founded in 1983. He is responsible for all of Oxford Economics’ global economic analysis, forecasting and consultancy activities and plays a key role in setting the strategic development of Oxford Economics. He holds an MA from Balliol College, Oxford and an MSc in economics from the London School of Economics. He has worked in the UK Treasury where he became an economic adviser in the short-term forecasting division. He also has worked for the consultancy arm of The Economist as a special adviser to the EU Commission in Brussels.

CEIR Predict, which will be held on Thursday, 13 September 2012 at 10 on the Park at the Time Warner Center in New York City, uses the CEIR Index as the foundation for the event and to provide an objective measure of the annual performance of the exhibition industry, measuring year-over-year changes and predictions through 2014. Attendees will interact with presenters and colleagues throughout the day to share best practices, ideas and future strategies including projected event growth, merger and acquisition strategies and planned launches. Attendance is limited to exhibition organizer executives, merger and acquisition firms, private equity firms, debt providers, investment firms and the financial press to allow for an intimate, high-level idea exchange about the future of the exhibition industry and implications for specific business sectors and their supporting exhibitions. To apply for Predict, visit www.ceir.org/predict. Join the conversation on CEIR Predict’s LinkedIn Group: http://www.linkedin.com/groups/CEIR-Predict-3972209?trk=myg_ugrp_ovr and follow CEIR on Twitter at #CEIR.

IAEE members can access the CEIR library and reports at no cost – a benefit of IAEE membership. Click here to learn more about becoming a member or to join IAEE now.

CEIR sincerely appreciates the support it has received from sponsors of this year’s Predict.

BREAKING NEWS:
CEIR Releases New Report in the Series of The Role and Value of Face-to-Face Interaction

DALLAS, 21 August 2012 – The Center for Exhibition Industry Research (CEIR) has released Change in Value over Next Two Years and Effects of the Great Recession and Online Media. This report is the second in a series which will be released over the next quarter from the landmark study, The Role and Value of Face-to-Face Interaction.

Results suggest that exhibitions have the strongest value among attendees, with 48 percent noting that face-to-face interactions experienced at exhibits at exhibitions, conventions and annual meetings are more valuable today than two years ago, and 43 percent anticipate this setting will be more valuable looking out to the next two years. No other face-to-face interaction alternative comes close to these results.

CEIR Research Director Nancy Drapeau, PRC, said, “This second report provides detail on the strength of the value attendees and exhibitors place on exhibitions compared to alternatives and results point to exhibitions enjoying high value ratings among both audiences. This report also affirms that exhibition activity is vulnerable to economic downswings though other findings in the study as well as other CEIR research point to a positive outlook moving forward. Online digital activity has minimal impact.”

The Role and Value of Face-to-Face Interaction study series examines the long-term value of face-to-face marketing and exhibitions in particular in light of major economic fluctuations and the influx of technology and alternative marketing tactics, including digital media. More than 9,000 attendees and 800 exhibitors participated in this initiative. The study was made possible by a grant from the Exhibition Industry Foundation and is available at www.ceir.org.

IAEE members can access the CEIR library and reports at no cost – a benefit of IAEE membership.

About CEIR
CEIR serves to advance the growth, awareness and value of exhibitions and other face-to-face marketing events by producing and delivering knowledge-based research tools that enable stakeholder organizations to enhance their ability to meet current and emerging customer needs, improve their business performance and strengthen their competitive position. For additional information, visit www.ceir.org.
###
Contact:
Susan Brower, CMM, CCP
+1 (972) 687-9207
sbrower@ceir.org

This e-mail was sent to you by CEIR.